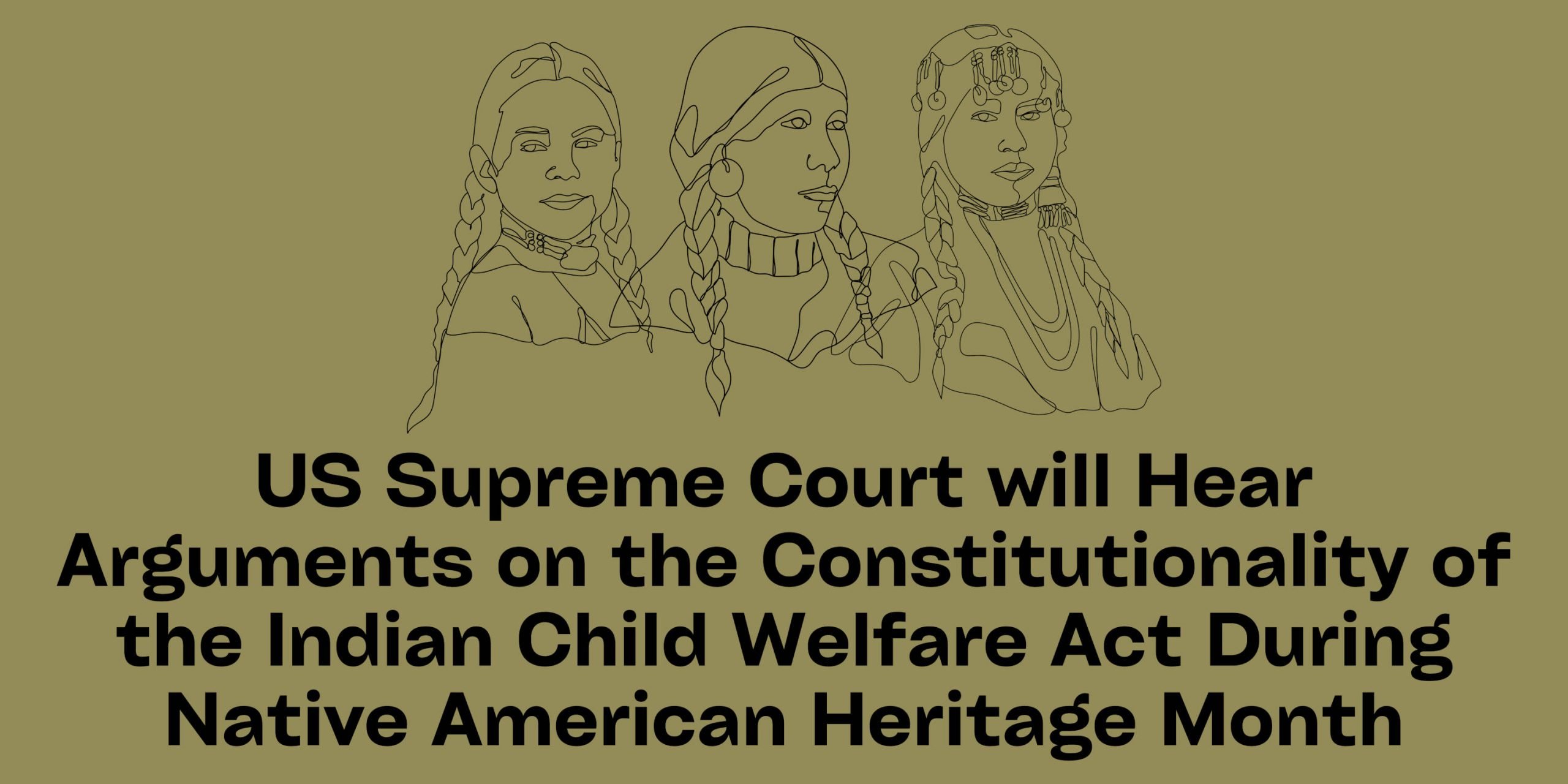 November is Native American Heritage Month. This is a time to recognize the significant contributions Native Americans have made, and continue to make, to the United States of America. This month celebrates the rich and diverse cultures, traditions, and histories of Native peoples. It also provides an opportunity to raise awareness about the unique challenges faced by Native Americans, many of which continue in the present.

The US Supreme Court heard oral arguments Wednesday November 9th in the case of Brackeen v. Haaland, which will decided whether certain sections of the Indian Child Welfare Act (ICWA) are unconstitutional. The plaintiffs argue that it provides an unlawful racial preference in child custody and adoption cases and unlawfully intrudes on a state right to regulate child placement. Those in favor of the law say that it aims to prioritize the placement of Native American children with their extended families or tribal communities, where their cultural identities will be understood and celebrated.

Brackeen v. Haaland was filed in federal court in Texas by the states of Texas, Indianan and Louisana, three couples who are not Native American who have tried to foster or adopt children with Native American ancestry, and one of the children’s biological mother. Four tribes have joined the case to defend the ICWA. The federal district court held that the ICWA was unconstitutional, but this was reversed by the U.S. Court of Appeals for the 5th Circuit.

Native American tribes have called the ICWA “one of the most important pieces of federal Indian legislation ever enacted,” and warn that a ruling in favor of the challengers “would work profound harm on Indian children and Tribes.” They feel that the ICWA “prospectively incorporates Tribes’ own preferences into federal law.” According to the American Civil Liberties Union (ACLU), who filed an amicus brief with the US Supreme Court:

“If the Supreme Court overturns ICWA, states would once again be allowed to indiscriminately remove Native children from their families and culture while simultaneously depriving tribes of future generations — putting the very existence of tribes in jeopardy.”

Today Native American programs and courts work with state courts to determine the best placement of a Native American child with preference being given to placement with a family or tribal member to help the child remain in touch with their extended tribal family.

For more information, check out this article from SCOTUSblog. To read more about the oral arguments that occurred Wednesday, click here.